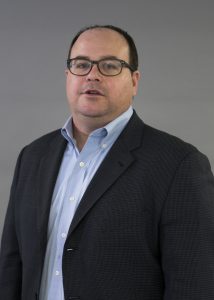 Meet Jack Harris, a post-doctoral research associate at the Network for Nonprofit and Social Impact. Born and raised on the East Coast, he graduated from Rutgers University with a bachelor’s in history and a masters and PhD in communication. In the NNSI lab, Jack works on the Army Research Office grant on collective impact and education reform. He has spent time living in New Orleans, Minneapolis and, for the past year, Chicago. We talked to Jack about his interesting (or, interest in) disaster research, his time at NNSI, and plans for the following year.

What’s your role at NNSI?

Simply put, my role is to make sure the trains don’t fall off the track while Michelle is on sabbatical. The Army Research Office Project (ARO) is a multi-year study of collective impact networks, planned and unplanned, focusing on education. The goal is to understand whether there’s an impact on education access, equity, and performance based on different network configurations. Our focus is on formalized collective impact networks, which are specifically organized to achieve a particular outcome or goal, as well as networks that are more informally organized and are collaborating to work on shared issues such as educational achievement.

How did you get into disaster research?

I fell into disaster research because I lived in an area that was impacted by Hurricane Sandy. I was volunteering at a micro-shelter at the time and research opportunities began to present themselves as I watched networks form all around me. Most of the existing disaster research is focused on emergency relief, but long-term recovery can take as long as 10-20 years, and so I wanted to understand how community networks emerge and change over longer periods of time while communities are recovering from disaster. Before coming here, I completed 5 years of field research in New Jersey after Hurricane Sandy to look at the recovery network in coastal New Jersey. That work had both practical and academic applications, and I presented some of the findings last month at the New Jersey Voluntary Organizations Active in Disaster’s (NJVOAD) annual conference.

You’re leaving NNSI at the end of this school year. What’s next for you?

Next year, I will be an assistant professor at the State University of New York at New Paltz teaching strategic and organizational communication. The University also has the Institute for Disaster Mental Health, as well as the Benjamin Center, which focuses on community initiatives in the Hudson Valley region of New York. I’ll be 2 hours from New York City and 2 hours from the Jersey Shore — it’s the best of both worlds.

What will you miss most about NNSI?

I’ll miss the people most — there’s a great group of people in this lab. I’m also going to miss being immersed in the details of this project. It’s a complex project with a lot of moving parts, which I have really enjoyed learning about. I have also loved the University’s lake shore location, so I will definitely miss that. I’ll have the Hudson River, but it won’t be the same.